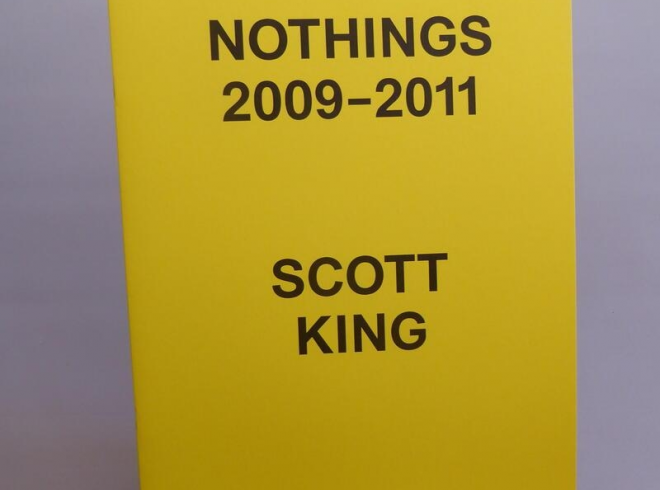 This was about suddenly having a smartphone, and it was before Instagram. Maybe I thought every unwanted thought, every presumed-forgotten memory, every dent in my day could be put to some use. I could make something from nothing: no real tools needed, other than a smartphone and the willingness to write it all down – Scott King

Scott King worked as art director for i-D magazine, creative director for Sleazenation magazine, and is a contributing editor to Arena Homme+ magazine. From 2013 to 2016, King was Professor of Visual Communication at University of the Arts, London.