You Only Fall Twice

You Only Fall Twice

…and twice is the only way to fall

Beirut has relocated from Egypt to Northern Ireland to investigate the hijacking of an institution by an unidentified artwork. Upon her arrival, Beirut is contacted by the Real Snow White, assistant to the Finnish secret service leader Pilvi “Tiger” Takala. Beirut establishes that the mastermind behind the hijacking is FormContent, and follows the trail to Chris Sharp‘s island headquarters. Takala’s Disney troops attack the island, while Beirut manages to distract the many faces of Oliver Laric and create a diversion, which allows her to open the hatch, letting in the Versions. A battle ensues, during which Jos de Gruyter is killed by Harald Thys, who activates the base’s self-destruct system and escapes into Parallel Worlds. Beirut, Takala, and the surviving Aurélien Froment escape through the cave tunnel before it explodes, and are rescued by a gigantic Pulmo Marina. Meanwhile, Irina Botea & Nicu Ilfoveanu send a Film Postale from a haunted house, and somewhere Maki Suzuki also appears in the story but not alone or in person.”

–Loosely based on a screenplay written by Roald Dahl. Any connotation to counts of presidents falling in Egypt is pure coincidence. This is fiction.

You Only Fall Twice is a story co-authored by Beirut and FormContent, read and enacted at the CCA as a sequel of The Falling of the Books…, an exhibition that took place at Beirut in Cairo from April to June, 2013. Like the prequel, it is conceived as an open investigation into an overlap of interests and acts as a host and a guest, to and for other institutions, conceptual entities and individuals to add materials and exchange content.

While the original exhibition in Cairo was structured through five library sections, You Only Fall Twice now divides the material into artworks, readings and evidence, presenting an alliance of Youtube videos, music files, documentation of lectures, books, excerpts of texts, images and artworks by Irina Botea & Nicu Ilfoveanu, Aurélien Froment, Oliver Laric, Pilvi Takala, Harald Thys and Jos De Gruyter, and Peter Waechtler. Materials have been suggested by various contributors to the Programmes of FormContent, Kunsthalle Lissabon, and Beirut. Subjects convene, meetings are set, they aim for some wisdom, fieldwork at hand.

You Only Fall Twice is another (or any other) reading of the Library of It’s Moving from I to it, FormContent’s 15-month long programme on visual language, abstraction, disappearance and the object. It uses fiction as its main tool to reflect on cultural production, nomadism, hosting, knowledge production and questions of authorship. For more information, please see FormContent’s website.

Beirut is a new art initiative and exhibition space that considers institution building as a curatorial act. Their activities are centered around hosting artists, projects and other institutions (locally, regionally, internationally) that wish to engage with similar questions we share concerning politics, economy, education, ecology and the arts. The space, a late 1940’s three-storey villa surrounded by a little garden, is located in the Agouza neighborhood in Cairo. For the month of July, co-director Jens Maier-Rothe and curator Antonia Alampi, will relocate Beirut’s activities to CCA. For more information on Beirut, please see their website. 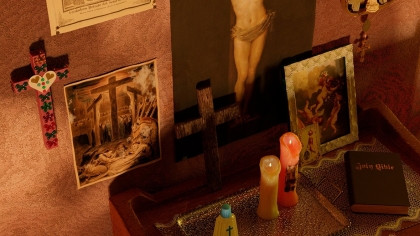 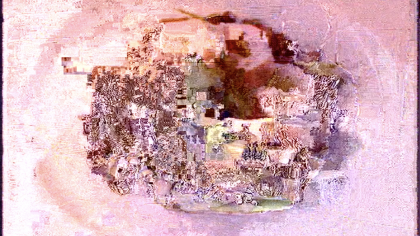