Curated by Borbála Soós, Fugitive Seeds considers how endemic, alien and fugitive seeds connect to colonial histories including in Northern Ireland and more specifically Derry~Londonderry and its port.

The works included help unearth layered histories around plant and human migration and border ecologies. The exhibition and related events reflect on how histories of botanical, zoological and ethno-anthropological explorations have contributed to producing the Other, and the exoticization of certain species and peoples. They consider changing ecologies and (national) identities through stories of belonging, displacement and uprootedness and investigate the feeling of loss when thinking about the connections with far-away lands that might hold clues for one's identity.

Seeds hold political, geographic and cultural histories. They are packages of genetic information, carriers of stories, and cultural archives of the relationships between plants and humans through the continual act of cultivation. Seeds are also fugitive. They have an innate feral talent for resistance, adaptation and survival. They are designed to move, escape and find their own way. Fred Moten writes about fugitivity, especially in relation to blackness as a refusal of standards imposed from elsewhere. In Stolen Life (2018), he writes, “Fugitivity, then, is a desire for and a spirit of escape and transgression of the proper and the proposed. It’s a desire for the outside, for a playing or being outside, an outlaw edge proper to the now always already improper voice or instrument.[1]" How do seeds and people carry this potential of fugitivity through generations?

Seeds travel, fly and float. They circulate by being sold, traded, bartered, donated and gifted… They get stuck in the cargo or the ballast of ships, in the fur and hooves of animals and shoes of people… “They end up in any number of places and re-acclimate to any number of new environmental demands. Maybe they get renamed. Maybe they settle back to some wild, ancestral state. Maybe they evolve, through human and nonhuman forces into some new variety with some new story. They cannot be controlled as artifacts in a museum or entries in a vault. They will always slip through the cracks. They will always move. … This material question of ecological fugitivity lies at the break between the infusion of cultural relevance and the life of the seed itself, the gap between historical archive and historical actor. Seeds compel us to rethink the lives and afterlives of plantation worlds; they give us strategies for evading, escaping, and disrupting any global-cene.[2]"

The sensory map for Fugitive Seeds, can be found here.

Through their collaborative practice, Larry Achiampong and David Blandy share an interest in post-coloniality and popular culture. They examine communal and personal heritage, using performance to investigate the self as fiction, devising alter-egos to point at their divided selves.

Larry Achiampong (b.1984) is a British-Ghanaian artist based in London, whose solo and collaborative projects employ imagery, aural and visual archives, live performance and sound to explore ideas surrounding class, cross-cultural and post-digital identity. These investigations examine constructions of ‘the self’ by splicing the audible and visual materials of personal and interpersonal archives, offering multiple perspectives that reveal entrenched socio-political contradictions in contemporary society. David Blandy (b. 1976) is a British artist based in Brighton, who has established his working practices through a series of investigations into the cultural forces that inform and influence him, ranging from his love of hip hop and soul to computer games and manga. His works slip between performance and video, reality and construct, using references sampled from the wide, disparate sources that provide his (and our own) individualist sense of self.

Maria Thereza Alves has worked and exhibited internationally since the 1980s, investigating the histories and circumstances of particular localities to bear witness to silenced histories. Her research-based projects develop in response to local needs and facilitate dialogue between material and environmental realities, and social circumstances. While aware of Western binaries of nature-culture, art–politics, or art–daily life, she chooses instead to create spaces of agency and visibility for oppressed cultures through relational practices of collaboration that require constant movement across all of these boundaries.

Maria Thereza (b. 1961, São Paulo, Brazil) lives and works in Naples and Berlin. She was one of the founding members of São Paulo’s Green Party (Partido Verde) in 1987. While a member of the International Indian Treaty Council, she made an official presentation on the human rights abuses of the indigenous population of Brazil at the U.N. Human Rights Conference in Geneva in 1979. She participated in the Sharjah Biennale (2017) in the Bienal de São Paulo (2016) with her work A Possible Reversal of Missed Opportunities, which attempted to decolonize the imagination within the Brazilian contemporary context. She participated in dOCUMENTA (13) in 2012 with an installation, The Return of a Lake, about the deliberate desiccation of a lake in the now water-starved region of Chalco just south of Mexico City. She also exhibited in the Sydney Biennale (2020); Manifesta 12 in Palermo (2018) and 7 in Trento (2008); Berlin Biennale 8 (2014); Taipei Biennale (2012); Guangzhou Triennale 3 (2009) and the Second Havana Biennale (1986). She was the recipient of the Vera List Prize for Art and Politics 2016-2018 with her project Seeds of Change.

Alasdair Asmussen Doyle’s (b. 1989, Adelaide, Australia) practice employs moving-image and filmic heritage to navigate multiple relations of physical places and films. Combining contemporary theories of landscape with early shooting instruments, the artist creates works that negotiate hybrid geographical positions. In drawing upon narratives that span time and place, his films and installations conceptualise spaces as fragmented and in continual flux.

Alasdair holds an MFA at the Royal College of Art, London (2018) and a BFA/BA at the University of Tasmania, Hobart (2015). He lives and works between Belfast and Brussels, and is currently undertaking a PhD at the Belfast School of Art, in partnership with aemi (Dublin). His work has been shown at spaces such as Casino Luxembourg, Luxembourg; Highlanes Gallery, Drogheda; Void Gallery, Northern Ireland; The Serving Library, Liverpool; Leave of Absence (LOA), London; Galerie Martine Aboucaya, Paris; Meat Markets, Melbourne; and has undertaken residencies at An Lanntair, Outer Hebrides; the British School of Rome, Rome; La Cite des Arts, Paris and Popp’s Packing, Detroit. He is the winner of the 2015 Tasmanian Portraiture Prize, runner-up of the 2020 Janet Mullarney Art Prize and has been supported by the Arts Council of Northern Ireland, Arts Tasmania, Australia Council, Creative Partnerships Australia, Hobart City, Freelands Foundation, Future Screens Northern Ireland, Northern Bridge Consortium, Royal College of Arts, Tasmanian Regional Arts and Ulster University funding. He has led workshops and tutorials, including most recently on 16mm filmmaking at the Royal College of Art in London and ‘Filmic Mapping’ at the Belfast School of Art, and curated screenings of international artist moving image work.

Minji Choi (b. 1988) is a Korean visual practitioner and researcher, currently based in Eindhoven, The Netherlands and Milan, Italy. She investigates the interconnections between plant symbolism in relation to gardens, landscape architecture and novel ecosystems to contemplate socio-politics and ethics through nature. Her work embraces various mixed media such as installation, photography, painting and drawing, which she interweaves to deal with the complexity of the topic, according to the specificity of the context.

Davinia-Ann Robinson’s (b. 1987, Wolverhampton, UK), current art practice and research explored through sculpture, sound, writing and performance examines how tactility, presencing and fugitivity work to form an undoing of colonial and imperial frameworks of extraction, with which nature and Black, Brown and Indigenous bodies are articulated. Her work addresses interactions with ‘colonial emotions’ she has encountered, in local, national and global environments as a Black Female Body, explored through the practice of intimate engagements with physical environments and the histories which form colonial landscapes.

Borbála Soós is a curator and an active advocate, participant and organiser of artistic and ecological research. Borbála’s practice responds to, disrupts and enriches environmental thinking and related social, political and decolonial urgencies. Since 2021 she is a part-time MPhil/PhD researcher at Goldsmiths College in Art/Visual Cultures Departments. She holds an MA in Curating Contemporary Art from the Royal College of Art, London (2012).

Borbála (b. 1984, Budapest, Hungary) is currently based in Birmingham where she works at Eastside Projects as Artist Caretaker, including looking after the Public Programme. 2012–2019 she was Director/Curator at Tenderpixel, a contemporary art gallery in central London. She curated projects in collaboration with Kunsthalle Bratislava in collaboration with the Botanical Gardens Bratislava, Slovakia; tranzit, Bratislava, Slovakia; FUTURA/Karlin Studios, Prague, Czech Republic; Rupert, Vilnius, Lithuania; OFF-Biennale, Budapest, Hungary; Trafó House of Contemporary Arts, Budapest, Hungary; ICA, London; Camden Arts Centre, London; Jupiter Woods, London; Metal, Peterborough, UKand Wysing Arts Centre, UK among others. She has been a visiting lecturer at Goldsmiths College, the Royal College of Art, Central Saint Martins and Edinburgh College of Art, and led a peer forum at the Horniman Museum and Gardens, London in collaboration with Artquest. Between 2020 and 2021 she was a research associate at CCA Derry-Londonderry. 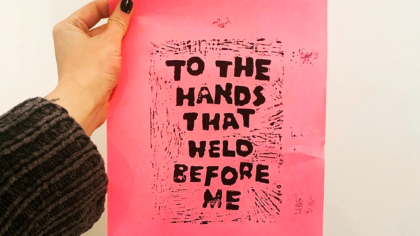 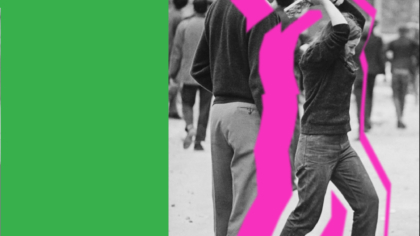 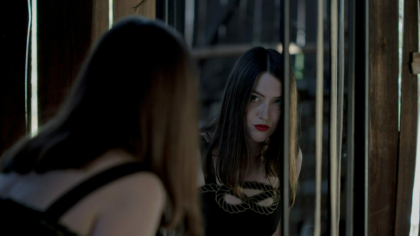