CCA Derry~Londonderry is proud to present Ferox – its first exhibition of 2022, and artist Ciarán Ó Dochartaigh’s most extensive solo show to date. Ciarán Ó Dochartaigh makes use of a wide range of media – customised tools made of ceramic, marble, granite, sound recordings, technical drawings – in an attempt to deal with themes of generational grief, trauma and healing and how these lived experiences are indivisible from the landscape. Sources for Ciarán’s work are found in his research garnered from historical documentation and archival footage, as well as personal experience and storytelling.

Ferox focuses on Lough Fad East, Donegal – a small body of freshwater that supplies drinking water to the surrounding townlands in the Inishowen peninsula. The ecosystem of the lough has been damaged in recent years, most significantly by the introduction of a new fish species that has irreversibly altered its biodiversity which had previously been unaltered since the last ice age.

The inhabiting species are examined through a procedure called a marrow spoon in which its stomach contents are revealed and examined, giving insight into diet and eating behaviour as well as the impact of changes in the land, in the water and the lough’s ecosystem. The fish becomes a conduit for looking at subjects of human trauma and illness manifested in the body.

Ciarán draws parallels between the ecological decline of the land and the creatures that occupy it, and the collective experience of generational trauma by contextualising the technical drawings of the fish next to an imagined rendering of his late father’s stomach, which was completely removed as treatment for a very aggressive form of stomach cancer. This radical procedure resulted in a new stomach organ being constructed from the small intestine.

Ciarán references Dr. Raymond McClean’s account of the autopsies carried out after Bloody Sunday (1972) by using a graphic illustration of a human stomach and its contents. The illustrations accompany a three-metre round table made up of two rectangular granite pieces built to hold all iterations of the tools featured across the exhibition. The table has been used in situ for several public events, including a live action roleplay with a horse whisperer and an illustrated talk at Lough Fad East.

For Ferox the table is split into two halves and placed in separate rooms – in Galleries 1 upended on the floor and 3 with dark grey walls and carpeted floor that insulates acoustics and light to emphasise the sound of archived recordings of newsreels and live Irish music, muddled with the artist’s own recordings of mechanical equipment playing. Gallery 3 will feature different work intermittently throughout the exhibition including analogue audio equipment and a smoke bottle which makes coded smoke ring messages. An enlarged ceramic clay intestine emits vapour alongside several groupings of prosthetic equine ears with embedded binaural microphones. The ears play ASMR style audio narratives and sounds at given intervals.

Ciarán has worked in collaboration with a number of individuals and groups throughout the development of the project. Scroll down to read about the artist and for a full list of contributors.

Throughout the duration of Ferox there will be a series of accompanying events, pending pandemic restrictions. A live demonstration and talk will activate the space on Saturday 2 April 2022 from 2pm. Follow @CCADLD on Facebook, Instagram and Twitter for updates. The artist is also creating a guide to Lough Fad East and other loughs of Donegal, which will be released later in the exhibition’s run.

Ciarán Ó Dochartaigh is an artist from Derry with an interest in the intersection of immaterial and material sculptural processes. He is a PhD researcher in the art department at Goldsmiths and obtained an MFA at Goldsmiths College, London, 2010-2012. The research explores complexities inherent within post-conflict and intergenerational trauma in Ireland. He was a Research Associate at CCA Derry~Londonderry 2020–2022. Ó Dochartaigh has an ongoing research relationship with a family of donkeys.

A sensory map is available to view and download here. 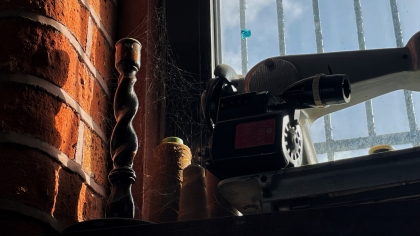 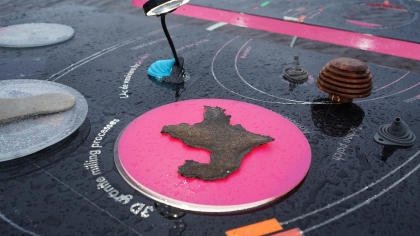 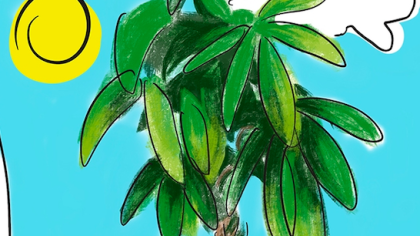